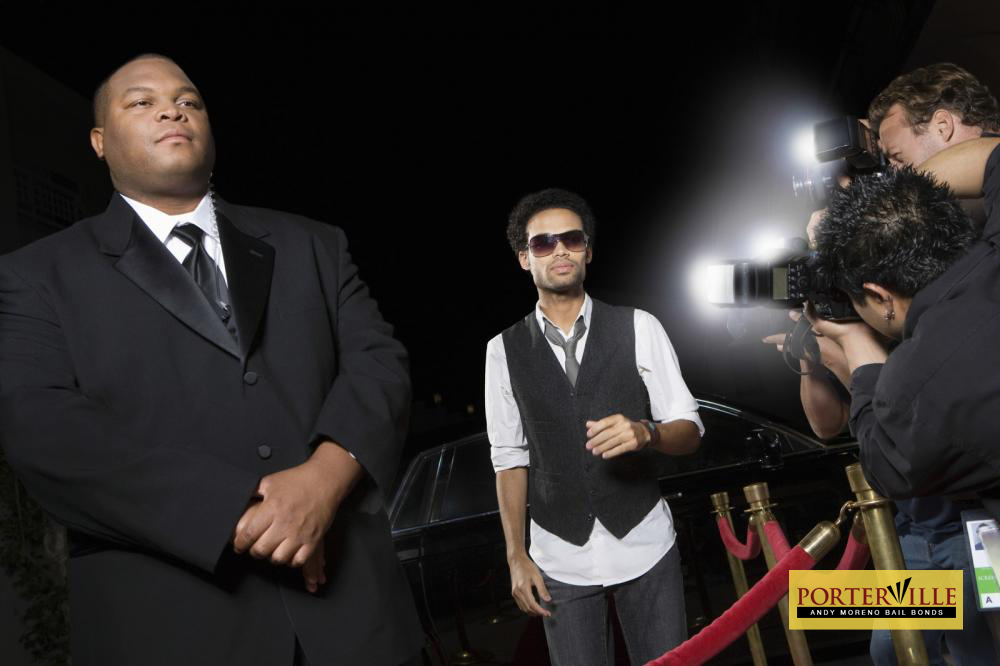 Celebrities are frequently given the red carpet treatment almost anywhere they go,for almost everything they do. They get special VIP access and treatment that the public never gets to experience. For all the glitz and glam, it sure seems beneficial to have a well-known name and face.

Occasionally, celebrities do not get special treatment.In fact, having star-status brings them more attention than they want. For example, being a celebrity and having a run-in with the law. Celebrities do not get away if they break the law. Just like any other person who broke the law, a celebrity must face the same legal proceedings and possible consequences as everyone else. If a celebrity wants to get out of jail for their trial, they must post bailusing one of the same methods available to everybody: cash bail or a bail bond. This shows that the law is not too easily forgiving to people with lots of money and fame.

Katt Williams, comedian
William’s bail was set at $40,000 in 2011 for burglary. He committed to pay only a portion of it with the help of his bail agent.However, he failed to make good on his payments andso he was arrested again. His second bail, $10,000, was one he had to pay all on his own.

It can be easy to think that posting bail would be no problem for celebrities because they have the funds to pay it without hassle. Yet, even celebrities choose to post bail with a bail bond because it is more affordable overall. As evidenced, some celebrities neglect to keep up with their payments. Celebrities are not perfect, and they definitely do not have it easy. When it comes to dealing with the law, they are just like any other person.

If you are ever in need of a bail bond for yourself or a loved one, Porterville Bail Bonds can help you out.

We provide free consultations and can be reached anytime both online and at 559-784-8660 .