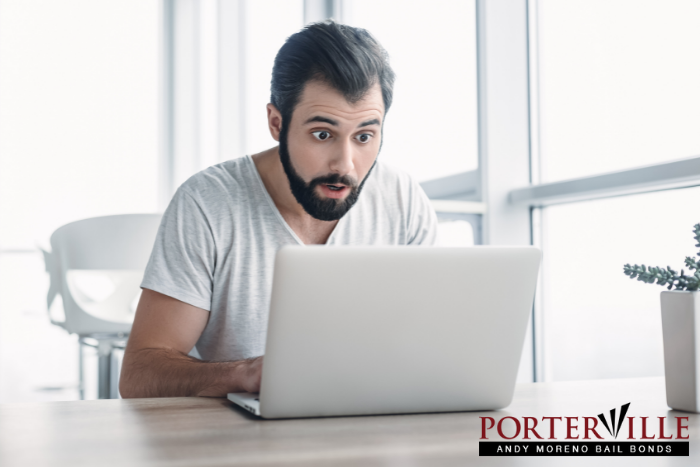 Law enforcement agencies throughout the United States have discovered the importance of social media marketing. It’s a great way to stay in touch with the communities they trust, to gain some extra funding, and even get some important leads on open cases.

Posting mug shots on social media sites is one of the things some law enforcement agencies have done to generate extra social media content. This is a practice that California police departments will not be doing in 2022.

At the start of 2022, a new law went into effect that doesn’t straight up ban police officers from posting mug shots on the department’s social media accounts, but it does significantly limit which mug shots can be posted.

The law that restricts the mug shots police departments can post on social media is AB 1475. Governor Newsom signed it in July 2021. It goes into effect at the start of 2022.

It’s important to understand that the new law doesn’t prohibit officers from turning to social media and posting images of suspects while they are investigating a case. The only thing that changes is the police force can’t post the mug shot they took after arresting someone for a non-violent crime if that person hasn’t yet been convicted.

The reason behind the new law is simple. Some people were concerned that by posting the mug shots of recently arrested suspects who hadn’t yet been convicted of a crime, the police department was creating an environment that was full of presumed guilt. Not only would this presumed guilt make it more complicated to find an impartial jury, but it could also negatively impact the overall quality of someone’s life. All it takes is for friends, family members, and even employers to see the mug shot on social media for them to start thinking that someone is guilty of a crime that they’ve been arrested for but not officially convicted of. This type of situation can cost people valuable relationships and might even lead to them losing their job or having a difficult time finding a home.

It’s important to realize that the way AB 1475 was written still allows police departments to use social media and to post information and mug shots of fugitives, suspects the department believes to be a risk to society, and anyone who is suspected and has been arrested for committing a violent crime.

It will be interesting to see if any more laws that dictate how the police can and can’t use social media are created in the future.